Every year we produce work that excites and inspires - then all of a sudden, it’s over. Or is it?

You might be surprised by how many of Perth Festival’s creations are cemented into the fabric of WA life and conquering the world.

Here’s a few to keep an eye out for! 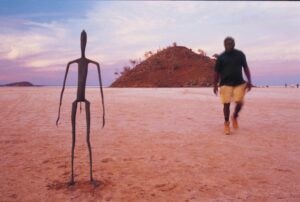 A starkly beautiful series of steel figures stand on a remote salt lake as a legacy from the Golden Anniversary Festival. This Inside Australia installation is a Perth Festival commission by British sculptor Antony Gormley and focuses international attention on Lake Ballard near Menzies, 100km north of Kalgoorlie. Take a road trip - it's a truly stunning experience. Commissioned by Perth Festival, Danish artist Jeppe Hein created playful “rooms” of erupting water outside PICA. This inspired the City of Perth to commission him to create the water installation Appearing Rooms that you can now visit in Forrest Place. Essentially, we’re claiming the inspiration on this one.

In 2005, we commissioned a series of works to be created by Black Swan State Theatre Company, West Australian Ballet and the West Australian Symphony Orchestra over the next three years as a part of the Festival. The symphonic work produced in this time, Vexations and Devotions by Brett Dean, lives on and is currently being performed in Berlin.

Renowned pianist, Philip Glass performed his world premiere of Philip Glass’ Complete Piano Etudes, a series of 20 works which included three new pieces (18th, 19th and 20th Etudes) commissioned especially by Perth Festival. With a history of high calibre collaborations, from Twyla Tharp to Allen Ginsberg and David Bowie, it is clear these works will live on through the legacy of one of the defining composers of our time.

Want a little taster of what the Perth exclusive creation sounds like? Check out the 18th Etude here. 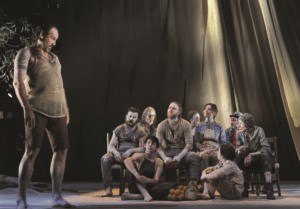 Three of Australia’s most revered artists, director Neil Armfield (Keating! The Musical, Cloudstreet), writer Andrew Bovell (Lantana, When the Rain Stops Falling) and artistic associate Stephen Page (The Sapphires, Bran Nue Dae) came together for the first time in 2013 to adapt Kate Grenville’s prize-winning novel The Secret River for the stage. Co-commissioned by Perth Festival with music written by our very own Artistic Director Iain Grandage, the performance is about to tour in Edinburgh and the National Theatre in the UK. The epic Ngallak Koort Boodja (translation: Our Heart Land) canvas was presented in public for the first time on the opening night of the 2006 Perth Festival. The concept of the major artwork was to unite all 14 Noongar clan groups of the Noongar nation, with the project unfolding over three years. It's now home at the Albany Entertainment Centre for all to see. It will be very hard for Perth to forget the day The Giants by Royal De Luxe passed through town, but as a lasting memory the creation gifted to The Giants by the children of Perth still exisits.

Eighty primary schools from around Perth made the giant book together. Each school made a mural of a giant’s perspective of their local area and each mural was photographed and printed across two pages. The finished product was a 16-page book, a gift for the Little Girl Giant and is now kept safe at the Festival. Museum of Water is a radically different exhibition that showcases, in Australia’s driest state, our connection to the world’s most essential life source. Commissioned by Perth Festival, UK artist Amy Sharrocks and the Museum custodians have travelled to over 50 different sites worldwide, been visited by over 60,000 people, and currently holds over 1,000 bottles in the collection.  A part of this exhibition will live on in Perth in the new Museum once it re-opens in 2020. The beloved community radio station which brings you all the best in local tunes and news was born out of the 24th Perth Festival thanks to the Executive Officer John Birman. Perth’s first FM stereo radio station 6UVS, later known as RTR FM 92.1, began transmitting from the University of Western Australia the following year at 6.45pm on April 1, 1977. Birman established the station to broadcast arts programs to wider audiences and 42 years on, it's clear that RTR FM 92.1 has held up its purpose.

In the Pines, cr. RTRFM