Get to know a few of the key individuals who will bring the 2020 Perth Festival to life.

Iain is one of Australia’s most highly regarded and acclaimed collaborative artists and programmers.
He has won seven Helpmann Awards and his long history with Perth Festival began with Black Swan Theatre productions of Merry-Go-Round in the Sea (1997), the theatrical adaptation of Tim Winton’s famous novel Cloudstreet (1998), The Year of Living Dangerously (1999) and Plainsong (2000). He was musical co-director and composer for the 2016 opening event spectacular, Home; arranged and music directed for The Rabbits (2015); won Helpmanns for his Music Direction and composition for the Festival’s co-commission Secret River (2013), and wrote and conducted the opening of the 2012 Festival Dawn:Dusk (2012).

Iain has received Victorian Green Room Awards, the prestigious Sidney Myer Performing Arts Award for an Individual, and the APRA/AMC award for Vocal Work of the Year for his opera based on Tim Winton’s novel The Riders.
As a programmer, he curated the chamber music program for the 2018 Adelaide Festival and was the Artistic Director of the Port Fairy Spring Music Festival from 2016-2018.

He has been composer-in-Residence with the West Australian Symphony Orchestra and has an extensive track record of collaboration with indigenous artists across the country. Born in Brisbane and raised in Perth, Iain is a University of Western Australia graduate and the proud recipient of an honorary Doctorate from that institution. An innovative, strategic and dynamic arts leader Anna has over 15 years experience spanning the Australian non-for-profit arts and culture sector. An executive producer, programmer and general manager her career focus has sat predominantly within major multi-arts festivals. Anna’s work experience is both broad and diverse, with a particular focus on and commitment to commissioning & producing new Australian work and leading sector capacity development.

Key positions held include Executive Producer of Perth’s biggest-ever public event The Giants (2015), and General Manager and Co-CEO of the Darwin Festival (2011 - 2014).

Anna holds a Bachelor of Dramatic Art in Production from the National Institute of Dramatic Art, is a member of the Atelier European Festivals Association alumni, was a recipient of the Chief Executive Women Australia Scholarship for Emerging Leaders and is a graduate of the Australia Council for the Arts Leadership Program and Melbourne Business School Leadership Program. She contributes to a variety of arts advisory and assessment panels and is sits on the board of the Chamber of Arts & Culture (WA). 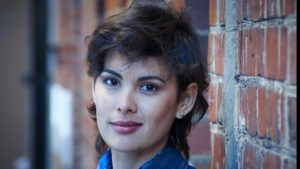 Kylie joins Perth Festival in a new position providing advice and support across all First Nations work in the 2020 Program. Kylie also will contribute as a practicing artist exploring the integration of Noongar culture and storytelling throughout the 2020 Program. Kylie is an Aboriginal Australian actor, TV presenter and theatre director from the south west of Western Australia - the Noongar nation - and has worked in the performing arts industry for the past 22 years. She was appointed Associate Artist at Belvoir Street Theatre in 2011, where she made her directorial debut with the award-winning play Windmill Baby. She also worked as assistant director for Belvoir's The Business and Ilbijerri Theatre Company's Beautiful One Day (in partnership with Belvoir). In addition to her performing credits, Kylie has coordinated and managed a variety of theatre, film and television, and radio industry programs. Sisonke is the author of two books - Always Another Country: A memoir of exile and home (Text Publishing, 2018) and The Resurrection of Winnie Mandela (Text Publishing, 2019). She has published widely including in the Sydney Morning Herald, New York Times, Washington Post, Newsweek, Al Jazeera and other news outlets. Sisonke has held fellowships at Yale University, the Rockefeller Foundation, and the Aspen Institute. Since moving to Perth in 2014, she has worked with dozens of storytellers through her work with the Centre for Stories in Northbridge. Sisonke will work closely with Artistic Director Iain Grandage to create and curate a program of literature and ideas annually for Perth Festival. 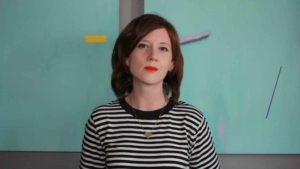 Gemma has been the Curator of the Cruthers Collection of Women's Art (CCWA) since 2013, based at the University of Western Australia's Lawrence Wilson Art Gallery where she contributes to an annual program of exhibitions. Her recent exhibitions include the series Object Lessons I, II & III (2015); Kelly Doley: Things Learnt About Feminism (2016) and the major commissioning and research project No Second Thoughts: Reflections on the ARTEMIS Women's Art Forum (2018). An accompanying publication, Remembering ARTEMIS, was released by UWA Publishing. Gemma also maintains an independent curatorial practice, co-founding the experimental art spaces Pet Projects (Bayswater, WA, 2015 - 2017) and OK Gallery (Northbridge, WA, 2011 -13), and was invited to participate in the Australia Council's Professional Development Program at the 2013 Venice Biennale. Clara Iaccarino is a festival programmer, artist manager, journalist, producer and music supervisor. She has programmed for various multi-arts festivals including Sydney Festival, Darwin Festival and Perth Festival. As an artist manager Clara represented Mama Kin, All Our Exes Live in Texas, We Two Thieves, Tinpan Orange and The Mae Trio. As a journalist, she worked for The Sun-Herald and The Sydney Morning Herald as a feature writer and arts reporter. Clara has also worked for news services at a number of major events including the Torino Winter Olympics, the Rugby World Cup (France) and the Beijing Olympic Games.